So you want to start homesteading? And you have no idea where to start.

There will be a lot of people who give you advice like “start with a small garden and see if you enjoy it”, but let’s be real here. You aren’t going to start with a small garden. You are a modern day pioneer, and dammit your garden is going to be big enough to feed a small community! Sure you don’t have any idea what a Jerusalem artichoke is or how to eat it, but you better believe it’s going in the garden!

In all seriousness, starting small is not a bad thing. But neither is starting big. 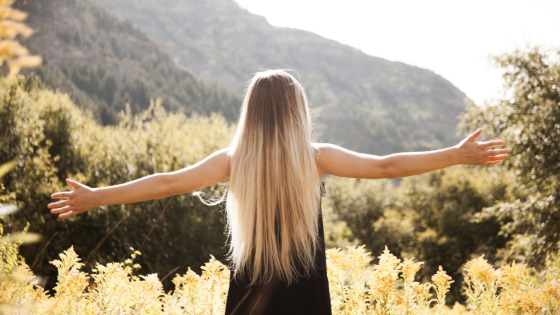 Just be prepared to be overwhelmed at times and to have your whole life turned upside down occasionally. You see, we are not “start small” people either. Before we officially started homesteading, we had spent about 6 months radically minimizing our possessions and paying off debt because we had gotten this idea of “freedom” in our heads.

It seemed radical and exciting. Something different and unique. The idea that we could live the way we wanted without the constraints of living paycheck to paycheck – not because we made huge sums of money, but because we weren’t dependent on money. We fantasized about tiny houses and re-wilding and we filled up our small suburban backyard with plants and ducks and compost bins. The more we pushed towards our idea of freedom, the more achievable it became. And it changed everything.

We started truly homesteading in early 2015. And by June, we were selling our house and moving to a small rural community about an hour away from town. It wasn’t exactly a smooth process either. The beautiful 5 acre property with the 1920’s farmhouse, orchard, barn and duck pond ended up falling through after a terrifying inspection raised some major concerns. Unfortunately, our suburban home was already under contract and there was no going back. We ended up living in my parent’s barn with our 5 dogs and 10 ducks for several weeks before we found another home!

Speaking of that beautiful home, it was exactly what I didn’t want. It is a fully restored 1905 Victorian which was undoubtedly hard to find fault with. It sits on just under an acre of land – much smaller than what we had dreamed of, especially considering that most of the land is a steep hillside. But we were desperate. Every other home we looked at in our price range had mold growing wild or birds living in the attic (completely serious). I was in complete overwhelmed breakdown mode at this point and just wanted somewhere to call our own.

You are probably wondering why I am going on about this story. Well, because a perfect homestead can be bought. Or it can be created. Our home in no way resembled a homestead when we bought it. But we are creating it ourselves. It was overwhelming and it didn’t turn out at all like I had planned. But I see now that it turned out just the way it was supposed to.

And as for our decision to go big? I don’t regret it one bit. I don’t think we would have ever gotten here otherwise. There is something to be said for jumping in. Hi there, I'm thoroughly enjoying your site. Every article is helpful to me and I wanted to let you know that it's appreciated. We're about to move to the opposite end of our country (New Zealand) to begin a homesteading life. We're going in head first and into the deep end. We've wanted this for about fifteen years and we've been learning all we can. Your lists are fantastic and the resource you have created here is, without a doubt, amazing. Thank you for your time and all the best to you in your homesteading adventure!

Wow - talk about going big! It's great that you have been researching and planning for so many years - it will definitely help you! But nothing can replace just jumping in and learning first-hand! I'm so excited for you guys! :D

I just found your site today. And I LOVE how you write! Thank you for sharing!

Hi Sumer! Thank you so much! I am very new to sharing things online, so I really appreciate your feedback :) Sometimes I feel like I have no idea what I'm doing! But as long as someone is enjoying it... well, that's what it's all about!