Home gardeners: Do you know the difference between a GMO and a hybrid?

Lately, I’ve seen a lot of discussion about seeds, especially pertaining to what a GMO is and if it’s the same thing as a hybrid. Frankly, I’m glad to see this discussion happening!  It’s important that we are educated about our food – where it comes from and how it’s grown.  It’s one of the main reasons that we live this lifestyle!

You should never stop asking questions about how our food is produced! New genetically modified varieties of crops are being produced every year and consumers want to know what they are buying.  As consumers, it’s our responsibility to be educated!

Education is just as important as passion! 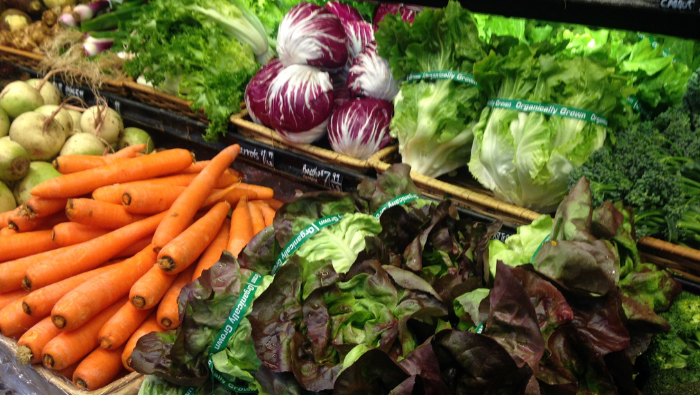 Any discussion about GMO’s can get heated and in-depth very quickly. So, I’m going to try to keep it short and sweet today by quickly addressing one of the main myths that I see: the confusion between hybrids and GMO’s. Often, the concept of a “hybrid” is confused with the concept of GMO, but they are very different!

What is a hybrid?

Essentially, a hybrid plant is created by crossing two different “parent” plants together. The parents may be the same species or they could be different species that are in the same genus. The hybridization process has been occurring for naturally for many years, but it really started to gain its agricultural spotlight in the 1930’s.

An easy way to think about hybrids is to relate it to dogs.  There are many breeds of domestic dogs, but they are all in the same species.  Many breeds are developed by taking the best traits from different breeds of dogs and breeding them together in order to produce a breed that exhibits the traits of both of the parent breeds (think, a corgi-poo). A coydog (coyote + domestic dog) is a good example of a hybrid created by two different species within the same genus breeding. Hybridization can even occur naturally in nature… like when you’re neighbors Pomeranian visited that mangy mutt down the street and produced the cutest little pups!

Some famous hybrids that you may already be familiar with include: What is a GMO?

First, let’s start by explaining what “GMO” stands for, which is “genetically modified organism”. GMO’s are created by splicing genes from two completely different species. These are combinations that wouldn’t naturally occur.

For instance, some GMO varieties are spliced with genes from bacteria in order to produce resistant plant varieties.  Other varieties are genetically altered to be resistant to the active ingredients in herbicides such as Roundup. This is done so that fields can be sprayed with the herbicide and the crop will survive while the naturally-occuring weeds are killed. Going back to our dog example, this would be the equivalent of those Jurassic Park guys creating stun-gun resistant Dachshund-Velociraptor.

Unlike hybrid seeds, all GMO seeds are developed in labs by companies (most famous: Monsanto, now owned by Bayer). These company pay a lot of money to develop their GMO seeds. So, obviously, they want to protect their inventions. They do this by patenting the seed varieties that they produce. For you, as a consumer, this means that you aren’t going to be able to walk into your local nursery and buy a pack of GMO seeds. At least not at this point in time, although things could always change!  GMO seeds are sold in large quantities through seed dealers and there is usually a contract that must be signed upon purchase.

There are currently 10 GMO crops on the market, as of the writing of this post in June 2018. They are:

So there you have it! Was that short and sweet enough? If you really want to dive in, I absolutely encourage you to do your own research and make your own educated decisions.  Use scholarly articles, look at evidence from both sides and look at how those tests were funded. Then, make your own decision based on what you believe is best for your earth and all your earthly brothers and sisters.

And, if you want to learn more about seed terminology, you can check out this post! I love the dog analogy! It really makes it much clearer. Thank you!

Love this!! So many people have told me that it's dumb that we avoid GMOs and try to say that they're the same as hybrid plants... I love that this is a short and sweet explanation! Thanks!! I will definitely be referring people to this :)

I get this question all the time! Thank you for writing a succinct article that explains it - now I can just refer people to you.

Very interesting, I think it's a time now to dive deep into the food topics and uncover the differences and options we have. This topic should be thought at school too.